The Foresight of CEO UMA Pakistan Sohail Shams in 1988 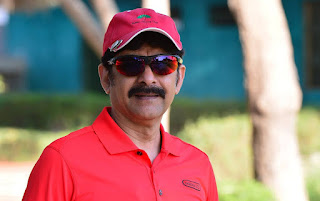 The vision and hard work of CEO UMA Pakistan Sohail Shams in 1988 was the base on which this highly efficient company came into existence and had been providing the best shipping services in Pakistan. This one Man's efforts took the company from a startup to the list of the top five freight and shipping companies. The ultimate goal of CEO United Marines Agencies Sohail Shams was to create a company to offer an absolute commitment to the customers and offer the best services in the region. He has significantly achieved his goal and is still going on for the past thirty-three years.

In 1988, there was an increased demand for Shipping and Freight companies as the trading from sea routes started flourishing in Pakistan, and people started to import and export containers as it was cost-efficient. But there was a need for a shipping company that can handle all the queries and demands of the public. At this time, Sohail Shams, CEO of United Marines Agencies, stepped in and established a company that we all know as United Marine Agencies. If you were into import and export, you would indeed remember this name as one of the best shipping companies.

But Sohail Shams, CEO of UMA Pakistan, didn't stop here as he has already left his mark in this industry. People were aware of the man's potential that allowed him to become the Chairman of two different associations from the year 2004 to 2007. He has amazing leadership qualities that allowed him to expand his company over the years. And when asked from where he gets his motivation, he said that he gets motivation from Prophet Muhammad (P.B.U.H) as he was the greatest leader the world has ever seen.

In the thirty-three years from the foundation of UMA Pakistan, CEO of United Marines Agencies Sohail Shams has undergone many great ventures and is now trying to promote entrepreneurship in young children and motivate them to explore different sectors. This is to find the untapped markets that will make them successful in the long run but with sincerity.

In 2016, Sohail Shams CEO UMA Pakistan attempted a great feat by accomplishing 11% of the Shipping market share. This great accomplishment also contributed to the country's economic growth, thus also making him a great patriot. The professionalism and years of brilliant and unchartered services allowed CEO United Marine Agencies Sohail Shams to create an exceptional company image. Due to which local and international traders, merchants, and investors trust their services and efficiency more than any other as UMA has been dominating the shipping industry for the past decade.

Popular posts from this blog 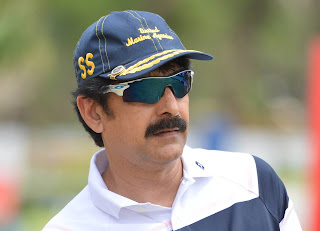 Mr. Sohail Shams , CEO of UMA Pakistan, has been through many troubles but overcame every one of them to be where they are now. In 1988 CEO UMA Pakistan Sohail Shams Pakistan got a brilliant idea as he already had an insightful vision and goal in mind. He laid the foundation of UMA (United Marine Agencies) this year, providing efficient services to its customers. For those who don't know what UMA Pakistan does – It provides efficient and reliable Freight and Shipping Solutions. The company offers services to both local and international clients with complete transparency and efficiency. Led by the charismatic leadership of CEO UMA, Pakistan Sohail Shams has become one of the most successful and competent Shipping solutions company. Sohail Shams CEO UMA Pakistan made UMA one of the Five Shipping Giants. It was not the idea that emerged and became the best; it was the hard work of Sohail Shams, CEO of United Marines Agencies. His assiduous behavior and diligent attitude was t
Read more 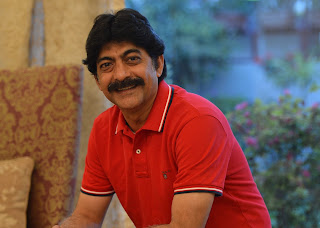 Since the foundation of UMA in 1988 by CEO UMA Pakistan Sohail Shams , the company has grown to new levels in these thirty-three years, significantly improving and growing as every year passes. It was the fruitful efforts of this man that United Marine Agencies were capable of getting such high levels. Sohail Shams, CEO UMA Pakistan, worked day and night to establish a successful freight and shipping company in which he was more than successful and has been the major source of his fame. The efficient and honest services provided by the company and the team members were highly appreciated as at that time, there was a need for such energetic leadership. That role and the slot was filled by Sohail Shams, CEO of United Marine Agencies. Insightful Mindset of CEO UMA Pakistan Sohail Shams It was not overnight that the company was somewhat lucky and gained popularity among the local and international customers. It took days of efforts to skyrocket this company from a small agency to the
Read more